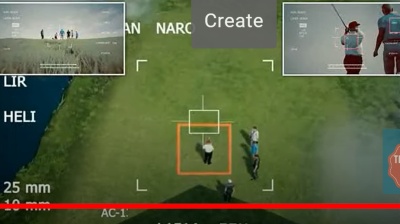 A robot calling in a drone strike to assassinate former US president Donald Trump features in a provocative animated video showcased by the website of Iran's supreme leader Ali Khamenei.

The video was submitted in a contest to mark the January 3, 2020 killing of Iran’s then second most powerful official and most influential general, Qasem Soleimani, slain in an American drone strike as he left Baghdad airport in a convoy of vehicles, , The Associated Press reported on January 13.

The video, posted on January 12 on the website of the office of Khamenei, appears to show Trump on the golf course at his Mar-a-Lago, Florida, residence being targeted in a drone strike.

The video mirrored a propaganda poster last year. It also showed Trump on a golf course. The poster called for the assassination of Soleimani to be revenged.

Earlier this month, Iran’s hardline President Ebrahim Raisi demanded that Trump be “prosecuted and killed” for the killing, viewed as unlawful by many scholars of international law.

“If not, I’m telling all American leaders, don’t doubt that the hand of revenge will come out of the sleeves of ummah,” Raisi said, referring to the worldwide community of Muslims.

Sometimes referred to as the “Shadow Commander”, Soleimani became much more than a feared major-general who rose from humble origins to become the mastermind that orchestrated an effective military advantage over the US and its allies in the Middle East.

Born in 1957 into a farming family in southeastern Iran and forced by poverty to leave home at the age of 13 in search of work, Soleimani for many years essentially served as Iran’s ‘foreign minister’ for the region, especially when it came to war-torn Iraq, Syria, Lebanon and Yemen.