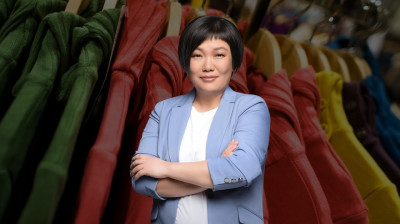 Wildberries, Russia’s leading e-commerce player, is considering expanding across Europe’s largest countries. After first steps in Slovakia and Poland, the company said it was “studying possible options to work in other countries of the EU, including France and Germany,” as reported last week by the Prime news agency.

“Discussions are being held with officials from foreign countries with support from Russia’s Ministry of Trade and Industry,” the company’s press service said to Prime.

The company made its first foray into a new market by launching in Poland earlier this year.

The Russian government is “interested in developing a Wildberries logistics centre in Germany,” Minister Denis Manturov was quoted as saying.

The authorities hope that Wildberries’ expansion will help Russian brands and manufacturers – which account for a small but growing fraction of Wildberries' offerings – develop their sales abroad.

Previously, Wildberries announced it could invest €200mn over five years to build “a central hub” of some 300,000 sq.m. in Slovakia. The company regarded Central and Eastern European (CEE) countries as an entry point to the EU “due to their cultural affinity” with Russia.

Wildberries generated nearly $3.5bn in revenues last year, up 88% from 2018, according to Forbes Russia. Launched in Russia in 2004, the site now operates commercially in five countries outside Russia: Belarus, Armenia, Kazakhstan and Kyrgyzstan – as well as Poland, where sales started in January 2020.

The company’s founder Tatyana Bakalchuk, 44, is now Russia’s wealthiest woman, according to Forbes Russia. Her net worth has been estimated at $1.4bn, surpassing that of Elena Baturina, the wife of former Moscow mayor Yuri Luzhkov who previously led the ranking.

From domestic to global sales Wildberries is the first Russian online retailer to unveil such ambitious international plans. While cross-border sales to Russia account for several billion US dollars every year, Russian e-merchants have essentially focused on their domestic market so far, making few attempts to sell abroad. (See EWDN’s latest industry report.) One of the rare examples of significant outbound cross-border sales is that of Ozon.ru, whose products are popular among Russian-speaking communities in the US, Israel and other countries. However, Ozon has no in-house logistic infrastructure outside Russia.

The international successes of JOOM are also noteworthy. This company, whose mobile apps sell Chinese products at cut-rate prices, did not start from Russia, but it was founded in 2016 by Russian entrepreneur Ilya Shirokov. France is now among its main markets.

The auction, which took place amid extraordinary safety measures, allocated concessions that will run until 2035 and can be expanded by another five years with unchanged conditions.

Polish residents in home quarantine must take a selfie within 20 minutes of receiving an alert or face a visit from the police.

One of Russia’s “big three” online retailers Ozon Holdings announced that it was capping the prices of essential goods that are currently in high demand to prevent manufacturers gouging customers.

As the Russian video streaming service segment is booming. The major players are securing funding and launching original content production.

Cloud services take off in Russia

The cloud service segment is growing in Russia, but some companies haven't yet realized its potential value for their business, while others might be put off by security issues.