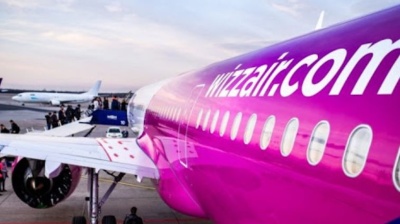 By Tamas Szilagyi in Budapest February 5, 2020

The sale, worth about £500mn (€589mn) gross, is expected to be closed around February 6, it was announced on the London Stock Exchange.

Wizz Air is the largest carrier in the region and the market leader in Budapest, accounting for a third of the total 15mn traffic in an out of the Hungarian capital. It operates flights to 150 destinations with a fleet of 120.

The no-frills airline reported after-tax profit of €21.4mn in Q3 from October to December. This is the same as its loss in the base period. Total revenue climbed 25% to €637mn, lifted by the surge in non-ticket revenue, which increased by 37% to €301mn due to the changes to cabin bag policy. Wizz Air carried 10mn passengers during the quarter, up 23.2%y/y.

JP Morgan, the bookrunner on the sale, said given Indigo's shares were not held by EEA nationals under EU rules, the share sale would "at a minimum, maintain Wizz Air's current level of EEA qualifying ownership, but more likely increase qualifying national ownership" in the announcement on the proposed placing of the shares on Monday,

It cited the rule that airlines must be more than 50% owned by European Economic Area nationals to operate flights within the bloc, otherwise the rights of non-EEA shareholders have to be restricted to allow operations to continue.