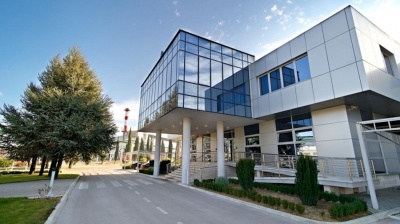 Dozens of workers from Bosnia & Herzegovina’s troubled aluminium smelter Aluminij blocked a motorway section near Mostar for 15 minutes, appealing to the authorities to save their jobs and prevent the imminent closure of the company.

Aluminij, once one of the biggest companies in Bosnia, has significant outstanding debt with 74%, or BAM280mn (€143.2mn), of it owed to electricity supplier Elektroprivreda HZHB. The power utility now says it will stop delivering electricity on July 6, which will force Aluminij to stop operations.

Aluminij started preparing to halt operations in June as Elektroprivreda HZHB stopped delivering power at preferential prices. The smelter has been threatened with the shutdown of its operations and bankruptcy for years due to its accumulated debts.

The protest comes as the company’s top management said it is resigning following the refusal of the government of Bosnia’s Muslim-Croat Federation to help Aluminij to overcome its financial crisis.

“We have pointed out the problems for years and now it has come to culmination. We urge the government of FBiH to respect the agreement from 2013 and its article 33 that concerns the electricity prices,” Klix.ba quoted Romeo Bioksic, the leader of Aluminij’s trade union, as saying.

Meanwhile, Aluminij director Drazen Pandza told reporters that he was hoping to a miracle, because otherwise the company’s closure cannot be prevented.

Aluminij is yet another industrial giant from the socialist era that seems no longer viable without state support. It was created at the beginning of the 20th century following the discovery of bauxite ore deposits in Herzegovina and the start of their exploitation.

It flourished during the socialist era, but was seriously hit by the 1992-1995 Bosnian war, which has destroyed almost all of its facilities. The company resumed operations two years after the war.

Although Aluminij’s management said there was no hope for survival this time, blaming the government for refusing to support financially the electricity price for the company, Klix.ba reported that two companies from Dubai and Saudi Arabia might be interested in acquiring the company. Their representatives are due to meet the entity’s government on July 4 to discuss a potential takeover of Aluminij. Klix.ba has not disclosed their names, but wrote that they are global players.

Meanwhile, Aluminij’s management tried to save the company by seeking a strategic investor, and entered into talks with London-listed miner and commodity trader Glencore. However, Glencore would only be willing to take over Aluminij if the government agrees to subsidise its electricity costs, and the government of Bosnia’s Muslim-Croat Federation refuses to do that.

If Aluminij goes bankrupt, 900 workers will lose their jobs, but more than 4,000 others could also be laid off from companies that either use Aluminij’s production or are its subcontractors.

Tensions between Bosnia, Montenegro and Serbia rise over closed borders

Armenia’s coronavirus plight worsens with more than 1,000 more infections in two days
5 hours ago
Authorities “may be sowing seeds of Turkish economy’s downfall” by pumping money at fastest rate for more than decade
7 hours ago
Turkey’s electricity consumption collapses 17% in May
1 day ago
Russian government presents National Recovery Plan to President Putin
1 day ago
Belarus president pledges to prevent 'Maidan' during August election as thousands on streets support opposition
1 day ago