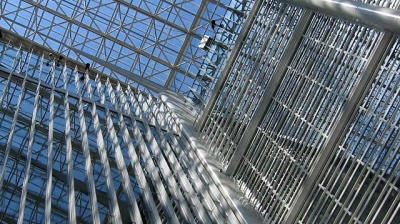 Georgieva was the most popular EU commissioner from Bulgaria and was the European Commission’s vice-president under Jean-Claude Juncker from 2014 to 2016. Subsequently, Georgieva took high-ranking post at the World Bank Group, becoming first CEO of the International Bank for Reconstruction and Development and the International Development Association starting on January 2, 2017. Georgieva was also acting president of the World Bank Group when the then president Dr. Jim Yong Kim stepped down in early 2019.

Dyankov, who was finance minister in Bulgaria’s first Gerb government, was Georgieva’s advisor at the World Bank. He has been pointed out as one of the creators of the Doing Business ranking.

“After reviewing all the information available to date on Doing Business, including the findings of  past reviews, audits, and the report the Bank released today on behalf of the board of executive directors, World Bank Group  management  has taken the decision to  discontinue the  Doing Business report,” the World Bank said in a statement.

In a probe into its report, the World Bank found that China’s position in the 2018 report should have been seven places lower than the 78th it was assigned position. According to the investigation, the country’s position was improved following pressure by Georgieva.

“The changes to China’s data in Doing Business 2018 appear to be the product of two distinct types of pressure applied by bank leadership on the Doing Business team,” the World Bank’s report on the investigation reads.

The probe was carried out by an independent external company, WilmerHale.

It added that Georgieva and Dyankov insisted to “make specific changes to China’s data points in an effort to increase its ranking at precisely the same time the country was expected to play a key role in the bank’s capital-increase campaign”.

It quoted an email by Georgieva, saying to the team in charge of the ranking to “make sure that [the team leader] addresses the issue of where China will wind up in the rankings… Jim [the then-president Dr. Jim Yong Kim] will not be happy if the explanation is not clear, and also if there is not a plan to manage the political side of it”.

At a later stage, Georgieva “became directly involved in efforts to improve China’s ranking”, urging the team to change its criteria for defining China’s place in the ranking. Moreover, she strongly criticised the team’s leader for “mismanaging” the bank’s relations with China and failing to appreciate the importance of the Doing Business report to the country.

Subsequently, as the team insisted the ranking could not be revised as the new criteria were not reliable, Georgieva instructed Dyankov to personally oversee the completion of the report.

“Mr. Djankov worked with Doing Business management to identify changes to China’s data that would raise the country’s score and increase its ranking,” the report noted.

At that point, a small group within the team working on the Doing Business report found a technical solution allowing the improvement of China’s position in the ranking. Georgieva approved that and instructed the team to do the changes.

“I disagree fundamentally with the findings and interpretations of the Investigation of Data Irregularities as it relates to my role in the World Bank’s Doing Business report of 2018. I have already had an initial briefing with the IMF’s executive board on this matter,” she said in a statement.

Reuters reported that the IMF will review the report.