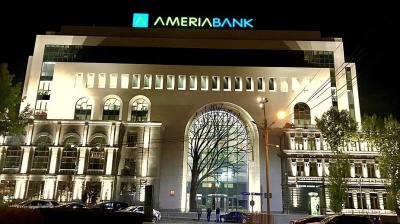 Ameriabank added that during the second quarter its net interest margin (NIM) stood stable at around 4.8% while its total assets amounted to AMD803bn, up by 3% in the year to date.

Tier 1 and total capital adequacy ratios stood at 11% and 13.5%, respectively, for the second quarter.

Ameriabank markets itself as having become “a champion by growth rates within ten years of operations, acquiring the top market position among its peers”. Of Armenia’s 17 banks, it is the number one by assets, liabilities, the loans portfolio, net profit and equity.

The European Union has forbidden all Armenia-based airlines from flying to the bloc under latest changes made to a list of unsafe carriers. The EU has raised concerns about the country’s ... more

Armenia is negotiating a purchase of natural gas from Turkmenistan as part of a gas swap deal with Iran, Sputnik reported on December 18. Such a use of the swap system indicates that the Turkmen ... more