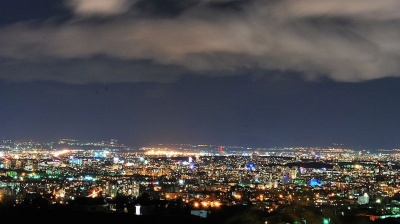 When Bulgaria’s anti-corruption body found no signs of any irregularity in the “Apartmentgate” scandal that had gripped the nation for months, it raised serious questions about the lack of institutional independence and in-depth investigation. Most people, however, greeted the news with apathy and there was a general lack of energy to protest.

The silence from Bulgarians comes at a time when in Czechia hundreds of thousands are protesting against their Prime Minister Andrej Babis and demanding his resignation because of a corruption scandal. In Bulgaria’s neighbour Romania, mass protests have several times stopped attempts by the authorities to impede the fight against corruption.

The Apartmentgate scandal, which broke a few months before the May EU parliamentary election, concerned purchases of high-end properties — mainly luxury Sofia apartments and country villas — by government and ruling party officials. As the revelations piled up, the scandal cost the jobs of several top politicians from the ruling Gerb party and threatened the party’s election victory.

However, in a decision announced in late June, Bulgaria’s anti-corruption commission found no irregularities.

From anger to apathy

Unlike back in 2013, when thousands of Bulgarians protested for months, angered by the attempt of the then government to appoint businessman Delyan Peevski as head of the State Agency for National Security, now no one seems to care anymore.

This also contrasts with earlier protests during the current Gerb-led government headed by Boyko Borissov. Apartmentgate is just the latest of many scandals accompanying Borissov’s third government. In the first few months, many Bulgarians were out protesting for various reasons. The peak came at the beginning of Bulgaria’s six-month presidency of the European Council, when Sofia saw 11 different protests in just one day.

However, over time the energy for protests seems to be fading away and now people are more inclined to voice their objections on social media rather than going out on the streets. Many have commented that if the ruling of the anti-corruption commission is not enough to get people onto the streets, then nothing will.

In short it seems that Bulgarians have lost the energy to fight against corruption after being faced with so many examples of dependence between institutions and lack of justice for those in power.

The country has been widely criticised for the lack of any progress in the fight against top level corruption. The prosecution has attempted to deliver some results, but so far the only people who have actually been sentenced were an independent mayor of one of Sofia’s districts and her deputy. The two were accused of taking a €70,000 bribe for allowing the construction of building and arrested in a highly controversial action by the special forces.

Dessislava Ivancheva, mayor of Sofia’s Mladost district, and her deputy Bilyana Petrova were arrested in April 2018 and held handcuffed on the street for hours without being allowed to use a toilet.

Many people were angered by the arrest, claiming that Ivancheva was arrested as she was independent and had been chasing corrupt practices among construction companies operating in her district.

The trial of the two was also marred by controversies and when they were sentenced to 15 and 10 years in jail respectively, many people, including judges and lawyers, had serious doubts as to whether their guilt was actually proven. Ivancheva and Petrova are appealing the sentences and suing Bulgaria in Strasbourg for breach of their human rights.

It was a similar story with Apartmentgate: virtually all the top officials accused of acquiring apartments at well below market price — including the head of the anti-corruption body — were exonerated.

The one exception was the wife of Supreme Court of Cassation head Lozan Panov, whose activities the commission said needs further investigation.

This development has raised concerns as since the beginning many within Bulgaria saw the scandal as an opportunity for the prosecution to find a way to remove Panov from his position due to his apparent independence and refusal to serve those in power. Moreover, the report on Panev’s wife was not published by the same investigative media that revealed the property purchases by members of the ruling party and by the anti-corruption body’s head Plamen Georgiev, but appeared on a website belonging to media mogul Peevski.

Other than Ivancheva and Petrova, no politician has ever been sentenced for corruption. All investigations and trials so far have either been against members of the opposition, or have been quickly ended.

More of the same on the horizon

While the belief that state institutions will not take any action anyway is one major driver for the lack of any significant reaction to the end of the Apartmentgate scandal, the fear that there is no meaningful alternative to Gerb is the other big factor that is killing the desire of Bulgarians to protest.

The other major party in parliament, the Bulgarian Socialist Party (BSP) has lost even more credibility than Gerb as its leader Kornelia Ninova has chosen to take more radical stances, bringing the party closer to the far-right United Patriots — Gerb’s junior coalition partner — rather than offering better alternative to the current government.

Meanwhile, newcomers like the anti-corruption coalition Democratic Bulgaria, while gaining popularity, are far from having any chance of winning a majority for the moment. It remains to be seen whether representing itself as alternative to Gerb and so far refusing the option to enter into coalition with Borissov’s party will help Democratic Bulgaria gain momentum in the local elections this autumn.