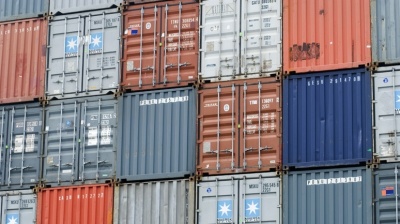 The coronavirus (COVID-19) pandemic has caused a rethink of supply chains, a process that started back in the early spring when the virus  was still only a Chinese problem and European manufacturers were only affected by delayed supplies from China.

When the crisis descended onto Europe, securing inputs and supplies became a more urgent question, from the need to secure vital medicines and personal protective equipment (PPE), much of which is usually sourced internationally, to the panic buying that led to shortages of pasta, toilet roll and other essentials.

Pre-pandemic, the future of globalisation was already being discussed after the arrival of numerous populist leaders to power, the trade war between the US and China, and, from a different perspective, by growing environmental awareness and a belief in the benefits of a shift from supply chains stretched around the world to accountable, local production.

The move towards localisation — or at least regionalisation — of supply chains has since accelerated. “This crisis has highlighted the challenges of a delocalised supply chain, at global level but in particular in Europe,” Simone Roberti, Head of Research, Italy at international real estate services Colliers, which recently published the 'Trends Emerging and Accelerated by the COVID-19 Pandemic' report.

As supply chains have become increasingly sophisticated, “there is very little room for error” the report noted. “Many manufacturers and businesses have had to close their doors to protect the spread of the virus, but others have also had to close as essential materials, parts and products have been held-up due to breaks in the chain.”

“The COVID-19 emergency has arrived during a commercial war between China and the United States which has made clear the need to create stronger supply chains for many companies. This will practically mean that they will try to shorten the distance from their suppliers, diversify them and stock more provisions,” Roberti added.

The Polish Economic Institute (PIE) forecasts that the Visegrad Four countries plus their southern neighbours Bulgaria and Romania could benefit substantially from a re-think of international supply chains and shift of production away from China.

Its report, ‘Trade routes after the COVID-19 pandemic’, outlines four possible scenarios: partial delocation of production from China to South-East Asia and India; ‘national patriotism’ as supplies from China are partly replaced by individual countries’ domestic output; the strengthening of Central European countries in their role of ‘the EU’s factory’ as some EU imports from China are relocated there; or, finally, a combination of national patriotism and the EU’s Central European factory scenarios.

“The EU member states would benefit the most from a combination of national patriotism and the strengthening of new member states from Central Europe (the Czech Republic, Poland, Slovakia, Hungary, Romania and Bulgaria) in their capacity as factories for the EU. In addition to Poland ($8.3bn), other major beneficiaries in the region would be the Czech Republic ($4.9bn), Hungary ($2.7bn) and Romania ($2.6bn),” says the report.

Conversely, Lukasz Ambroziak, a member of PIE’s foreign trade team, forecasts “the relocation of the manufacture of certain semi-finished products and final goods from China would result in a loss of value added which might total – depending on the version – from $22.4bn to $172bn per year.” This in turn would push Chinese GDP down by between 0.21% and 1.64%.

The question for the aspiring EU members of the Western Balkans is whether they too can benefit from this expected regionalisation of production.

The region has two key advantages: it is an immediate neighbour to the EU, with several of its states bordering EU members, and costs, including labour costs, are considerably lower than in the EU. Yet there are obstacles to overcome too, namely that the region is very fragmented, a cluster of small states with numerous barriers to trade.

At a press briefing organised ahead of the Atlantic Council’s Western Balkans Partnership Summit, held online on July 29, Jim O’Brien, senior advisor on the Future Europe Initiative, warned that the Western Balkans is “cutting itself off from the supply chains that make it a part of Europe”.

“That’s especially important today when after the COVID-19 pandemic we’re seeing supply chains reconfigure. There is an emphasis on making supply chains more resilient, which often means shorter … This has got to be an opportunity the region can take advantage but first it has to get rid of the impediments that make it too difficult for goods and people and services to move where they are supposed to move.”

As economists have repeatedly pointed out, the region is very fragmented and has numerous barriers to trade. “There are six different economies, six set of border controls, result is it is very difficult to move workers, services and supplies back and forth,” said O’Brien.

Despite this, some counties from the region, Serbia and North Macedonia in particular, are already integrated into global value chains. And there is a strong belief voiced by political leaders from the region in the importance of lifting barriers and integrating economies not least as a way of preparing for EU accession, the primary political goal across the region. This led to the creation of the so-called “mini Schengen” by Albania, North Macedonia and Serbia. Another positive step was Kosovo’s recent lifting of 100% tariffs imposed on Bosnia & Herzegovina and Serbia. Yet the process needs to be accelerated for countries from the region to draw in many of the companies that are now rethinking their supply chains.