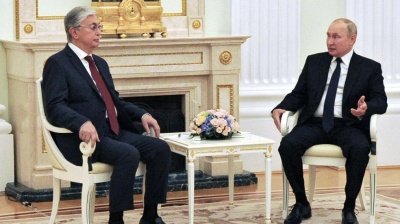 Russia's President Putin speaks with Kazakhstan's President Tokayev during a meeting at the Kremlin in August last year. / Kremlin.ru
By Peter Baunov in Almaty February 26, 2022

As addressed in part II of this three-part blog series on the tumultuous 'Bloody January' (Qandy Qantar) events that struck Kazakhstan, President Kassym-Jomart Tokayev demonstrated unquestionable loyalty to the Kremlin by inviting in Russian troops to assist in quelling the unrest. Russia, it was demonstrated, maintains a heavy hand in Central Asian geopolitics, especially when it comes to Kazakhstan. The pro-Moscow leaders of the region’s ex-Soviet nations have no interest in causing Ukraine-style showdowns. Even while the levels of deference shown towards Russia vary among the ‘Stans’—Uzbekistan, for instance, runs a foreign policy that shows a clearly discernible reluctance to become what might be regarded as too close to Russia—when push comes to shove, the wishes of Vladimir Putin and his top officials are adhered to. And when it comes to Tokayev, the links to Russia appear to be as much personal as they are political.

Tokayev’s son Timur and ex-wife Nadezhda Tokayeva have long resided in Moscow. The Organized Crime and Corruption Reporting Project (OCCRP) in the past week cited a leak of Credit Suisse private banking data that unveiled various properties owned by the Tokayevs, including a number of apartments in Moscow.

An opinion piece for DW by Russian political scientist Ivan Preobrazhensky, published in January, suggested a few ways Tokayev could “repay” the Kremlin for its support during the January crisis, the military side of which was provided via the Russia-led Collective Security Treaty Organisation (CSTO) defence bloc. 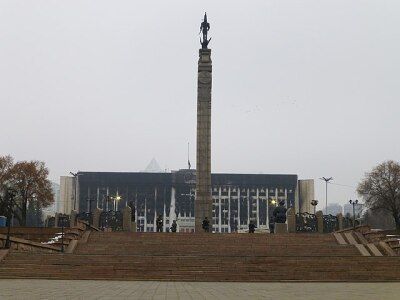 The charred remains of Almaty City Hall, which was set alight during the 'Bloody January' unrest (Image: Kalabaha 1969, CC-BY-SA 4.0).

“Kazakh uranium, 42% of world production. Control over it is very important both for nuclear energy and in the event of a possible new arms race with the West. A joint venture with Rosatom would be a tasty morsel [for Russian interests] here,” Preobrazhensky wrote.

He further suggested that Kazakh oil and gas could have real appeal for Russian corporations and entrepreneurs.

“Russian companies such as Lukoil and Gazprom are already operating in Kazakhstan, but other Russian players like Igor Sechin would also want to ‘expand cooperation’,” Preobrazhensky noted.

Cooperation with China on logistical projects such as the giant Belt and Road Initiative could also be something Russia would like to be a part of, he added.

“All these ‘silk roads’ to the European Union bypass Russia. [Russia] could cut them off, or [it] could take control of them. Both options should please the Kremlin—and all this is quite realistic in the current state of affairs,” according to Preobrazhensky. 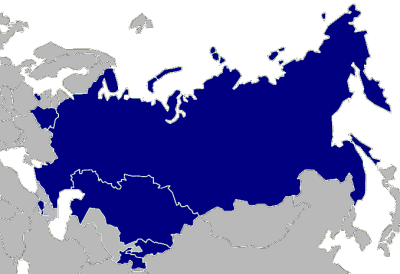 Another important point brought up by Preobrazhensy is that the Kremlin may now demand Kazakhstan officially recognise Crimea as part of Russia—this is an increasingly important point for Moscow as it attempts to bring Ukraine to heel.

In the light of the shocking crisis in Ukraine, Tokayev’s alignment with Russia may at first hand seem like an invitation to further unpopularity, but most Kazakh citizens tend to accept Russia’s breathing down the neck of their nation as a given. And ordinary working class Kazakhs, who made up the bulk of the protesters during the January events, do not think of the Kazakh ruling elite in any form except as an incarnation of the long rule of Tokayev’s predecessor Nursultan Nazarbayev and his legacy.

Middle-class protesters may often call for democracy, but most Kazakhs do not hold what may be deemed clearly defined politics aside from their opposition to the ‘Nazarbayev collective’ and their desire to end the rule of the elite. Then there is the biggest ethnic minority—Russians, who make up around a fifth of the country’s population of 19mn—many of whom tend to maintain either an apolitical stance or one that supports Putin in one way or the other. It is not uncommon for people in Kazakhstan’s north, populated heavily by ethnic Russians, to hold the view that Kazakhstan, or at least northern Kazakhstan, should rejoin Russia as part of its territory. 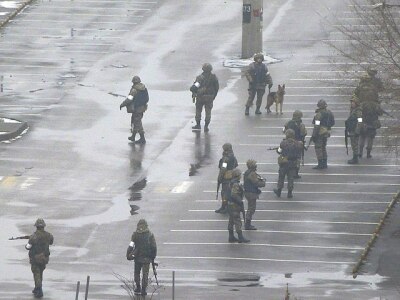 Tokayev’s closeness to Putin, however, does not particularly excite or anger most citizens aside from those who make up niche Kazakh nationalist groups and the Kazakh intelligentsia. The minds of most Kazakhs are mainly preoccupied by a cautious attitude towards China as demonstrated in the countless protests against Kazakhstan’s giant neighbour that took place in the years leading up to the start of the pandemic in 2020.

Kazakh social media often portrays Tokayev as a lackey of China based on the regime’s readiness to cooperate with Beijing economically and the lack of visible protest against the oppression of ethnic-Kazakhs in Xinjiang’s “re-education” camps. Tokayev’s multilingual persona, including his ability to speak Chinese, often works against his image in the eyes of your everyday Kazakh.

All in all, the growing ties between Russia and Kazakhstan can be expected to serve the interests of Russia and its state-affiliated firms, but are set to remain clouded by the social and economic angst of the Kazakh working class.

Potential for the return of unrest?

February has seen this angst take on the form of substantial labour unrest throughout the month. Strikes began in early February in the restive town of Zhanaozen, where some of the roots of January’s protests are found. Industrial action then broke out across several industries in southwestern Kazakhstan on February 15, with workers at seven firms in Mangystau Region mounting demonstrations. The workers included employees in transportation, construction and energy, along with others employed in municipal services, in the cities of Aktau, Kalamkas and Zhetybay.

The strikes over low wages, poor working conditions and political repression appear to be continuing. The striking workers expressed solidarity with one another in statements and insisted that the country’s oligarchs give up some of their wealth. They additionally called for all those imprisoned for participating in the January protests to be set free and demanded jobs for the unemployed.

Not only do the labour strikes attempt to hold Tokayev’s feet to the fire as per the promises he made at the conclusion of the January events, they also spark consternation about the potential for social instability and repeated civil unrest.

Adding fuel to the fire is news confirming some allegations made about widespread human rights abuses and torture committed during the unrest, as previously described by Human Rights Watch. Kazakh prosecutors are investigating the cases of six people who died after being subjected to "unlawful interrogation techniques", the head of the special prosecutor's service at the prosecutor general's office has stated.

Moreover, while the official death toll from the unrest stands at 225, many believe the number of those shot and killed may in reality be significantly higher. Kazakh social media posts claim that the number of fatalities does not take into account the deaths of protesters detained and tortured at the hands of the police.

Amid ongoing discontent over unemployment, poor working conditions and insufficient wages, the odds of widespread protests repeating are not so long. On the other hand, if the version of events described in part I of this blog series is anything to go by, a second round of widespread unrest would be unlikely, as there would be no inter-elite political squabbles to drive it this time around. After all, Kazakhstan has seen peaceful countrywide protests in the past that did not turn into civil unrest.

Nevertheless, Tokayev faces pressure to deliver visible improvements to standards of life and deliver them fast.

Ordinary Kazakhs, overall, are not optimistic and believe Tokayev’s promises were made purely to calm the masses. 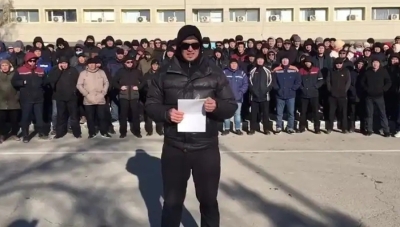 Unemployed people in Zhanaozen delivering their demands in a video message shot during a protest in February (Screenshot via RFE/RL).

The aforementioned OCCRP article on the Swiss banking leak places Tokayev in an awkward position as he has called for the rich Kazakh elites to start sharing their wealth. Moreover, no major shake-ups and reallocation of wealth has visibly occurred so far with the exception of a few resignations and dismissals of individuals of the Nazarbayev clan as mentioned in part I of this blog series.

There has also been mention in international press that the Kazakh authorities are angling for the support of oil consortia made up of mostly Western firms as they set out to ease some of the economic burdens that inspired the mass protests. If Tokayev goes heavy on this path, it would not prove favourable for Western investors. But the president appears to be wary of earning the distrust of Western investors and is unlikely to force their firms to follow too unfavourable a trajectory.

As things stand, Tokayev’s changes appear to be purely cosmetic. He has publicly stated that it is not his "method" to bend to public bullying calling for radical changes in the government. The pressure to deliver enough to keep the lid on simmering discontent does not look like fading away in the face of inaction.