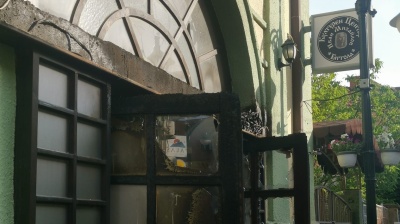 The controversial Ivan Mihajlov Bulgarian cultural centre in North Macedonia’s town of Bitola was set on fire on June 4, sparking condemnation from officials from both Bulgaria and North Macedonia.

The cultural centre named after a controversial Nazi collaborator was officially opened in April. Its opening was seen as a provocation by North Macedonia's officials and the public. It was inaugurated amid efforts by the governments in Skopje and Sofia to improve their relations after Bulgaria vetoed the launch of EU accession talks with North Macedonia due to language and history issues.

The fire broke out at a time when Bulgarian Foreign Minister Teodora Genchovska was on a visit to North Macedonia on June 4-5 as part of the dialogue between the two countries before the crucial EU summit later in June when Sofia may confirm or lift its veto.

The incident was reported at around 05.00 by a neighbour who heard breaking glass and saw that the front door of the premises was on fire. The fire was extinguished by local firefighter units.

“We expect the institutions to fully clarify the case as soon as possible and bring the perpetrators to justice!” the centre said in a Facebook post.

“I strongly condemn the fire at the Ivan Mihajlov Cultural Club in Bitola, which is an attempt to provoke and destabilise the relations with our neighbors. The Bulgarian foreign minister is travelling to Bitola to get acquainted with the damage on the spot,” Bulgarian PM Kiril Petkov said in a tweet.

Genchovska said that fire is an expression of hate speech, but added that the dialogue with Skopje officials will continue.

The Bulgarian Ministry of Foreign Affairs has already handed over a protest note to North Macedonia's ambassador in Sofia.

In April, when the Bulgarian cultural centre was opened, the leader of North Macedonia’s opposition VMRO-DPMNE, Hristijan Mickoski, and the Jewish community in the country urged the EU to put an end to Bulgarian provocations and "hegemonic intentions".