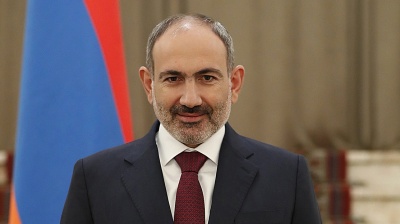 The landslide victory of Nikol Pashinyan has been given a clean bill of health by the OSCE. / primeminister.am
By Neil Hauer in Yerevan June 21, 2021

European election observers from the OSCE have praised the conduct of Armenia's June 20 general election, characteriding it as free, competitive, and fair.

The accolades came in the wake of a vote that many feared would be marred by mass vote-buying or abuse of administrative resources. Little of either occurred as Nikol Pashinyan's Civil Contract party swept to a stunning victory on June 20 despite predictions that the election result would be tight.

The heads of the largest international observation mission, mostly deployed to Armenia by the Organization for Security and Cooperation (OSCE), presented preliminary findings at a joint news conference in Yerevan. The mission consisted of over 330 monitors who visited polling stations across the country during the June 20 voting and ensuing ballot counting.

“Our overall conclusion is that the June 20 early parliamentary elections in the Republic of Armenia were competitive and generally very well-managed within a short time frame,” said Kari Henriksen of the OSCE Parliamentary Assembly. “However, they were characterised by intense polarisation and marked by increasingly inflammatory rhetoric among key contestants.”

“Despite a very polarised political climate we had elections that were held very well and without any compromise to their democratic character,” said George Katrougalos, who led two dozen observers dispatched by the Council of Europe's Parliamentary Assembly.

Katrougalos said they witnessed only “some minor technical irregularities in some polling stations” which could have seriously affected the outcome of the snap elections. All Armenian political factions should therefore accept the official vote results that gave a landslide victory to [Nikol] Pashinyan’s party, he told reporters.

Pashinyan described the vote as free and fair when he claimed victory overnight.

The main opposition contender, the Hayastan alliance led by former president Robert Kocharyan, refused to concede defeat, saying that it suspected a “coordinated and pre-planned falsification of the election results.” It accused the authorities of abusing their administrative levers and harassing Hayastan activists to keep Pashinyan in power.

Eoghan Murphy, who led most members of the monitoring mission deployed by the OSCE’s Warsaw-based Office of Democratic Institutions and Human Rights, urged the Armenian authorities to properly investigate all allegations of fraud and foul play. But he emphasised in that regard the mission’s “generally positive assessment of what happened in polling stations”.

Murphy also said: “All candidates could campaign freely throughout the process and voters were provided with a broad range of options.”