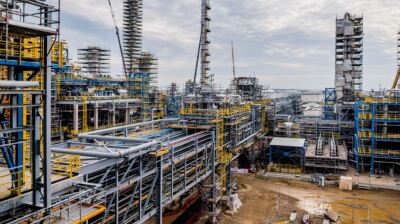 Slovnaft and its parent company Hungarian MOL Group announced on Tuesday they had initiated talks to make payments to Ukrainian operator Ukrtransnafta; news followed on Wednesday that Ukraine had received transit payments that Slovnaft and MOL Group had made on behalf of the Russian Transneft.

Russian oil pipeline operator Transneft said it had restarted pumping oil through the southern branch of the Druzhba pipeline on August 10, after the pipeline was closed down a day earlier in a payment dispute, the spokesman for the company Igor Dyomin told PRIME.

The oil flow was stopped because Transneft claimed that its Ukrainian counterpart Ukrtransnafta had been unable to receive transit fees due to Western sanctions. Transneft sent the fees, but Ukrtransnafta sent it back. Dyomin now confirms that Ukraine had confirmed having received the payment for Russian oil transit.

Slovak Minister of Industry Richard Sulik described the situation as an administrative glitch unrelated to politics.

“It is not a fault of Ukrainians or Russians”, said Sulik and cited a decision made in “a smaller office of a bank in Portugal or Belgium where they did not administer the payment” because this office considered administering the Transneft payment a breach of sanctions.

Sulik said that this was the fourth time a disruption like that had occurred since the Russian invasion of Ukraine, and that the current payments by Slovnaft to enable the transit are a temporary solution to maintain the flow during August.

Flow further west to Czechia has not been resumed, however. “Disruption of the imports from the Druzhba pipeline does not limit the operations of Czech refineries”, said Czech Minister of Industry and Trade Josef Sikela on Twitter, adding that reserves contain oil for several days and that the country is working with Poland to begin imports into Czechia.

In Czechia, Druzhba’s client is a Czech company Unipetrol controlled by Polish group PKN Orlen. Other alternative options of oil imports to Czechia include the use of the TAL pipeline from the Italian port city of Trieste, informed the Czech state pipeline operator Mero,  a shareholder in TAL Group.

Head of Mero Jaroslav Pantucek said the situation is not as serious as it looks. “Transneft confirmed supplies for the coming months. I think we are witnessing a negotiation game between individual parties”, he told Czech daily DenikN.

The EU agreed to halt imports of Russian oil by December 5, 2022, but Czechia, Hungary and Slovakia were exempted from the embargo due to their limited options to find alternatives for Russian imports, effectively keeping Druzhba operations in place.

Russia prepares for new attacks against Ukraine from Belarusian territory
Blue and yellow returns to Lyman, Borova and Mikhailivka as Ukraine liberates settlements in east and south
Putin signs off annexation of four Ukrainian regions

First official results from Bosnian elections put nationalists ahead after exit polls predicted losses
3 hours ago
Georgian MPs want to rid the country of oligarchs, but not all of them
3 hours ago
Hungary agrees on deferred payments with Gazprom for winter gas deliveries
3 hours ago
US sanctions Russia’s CBR head Nabiullina and other officials
3 hours ago
Russia prepares for new attacks against Ukraine from Belarusian territory
4 hours ago