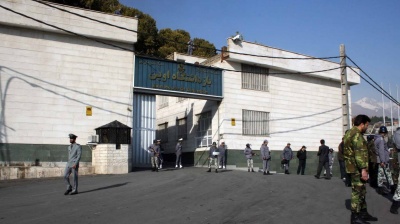 Iran has sentenced eight environmentalists to prison sentences ranging from four to 10 years for spying for the US and acting against national security, judiciary spokesman Gholam-Hossein Esmaili said on February 18.

The environmentalists were arrested in 2018 alongside at least half a dozen other people including Iranian-Canadian Professor Kavous Seyed-Emami who allegedly hung himself in Tehran’s notorious Evin Prison under suspicious circumstances. Following the arrests, a repatriated environmental expert of President Hassan Rouhani, Kaveh Madani, fled the country after an interrogation. Seyed-Emami’s widow was blocked from flying out of Iran but later managed to leave the country.

In total, the Persian Wildlife Heritage Foundation (PWHF) environmentalists received 58 years of prison time. The officially registered charity worked in remote areas of Iran to protect endangered wildlife and previously raised funds outside of Iran in the US, Canada and Europe.

Esmaili said the eight convicted environmentalists were sentenced in a closed-door court session and had “acted against national security”.

He also said that the six men and two women were sentenced in part following “payment of money they received from the US government” which they have been asked to surrender. Several other people connected with the case have also been sentenced, according to officials, but their details remain unknown.

No evidence was presented following the sentencing—the Rouhani administration’s Department of Environment head, Isa Kalantari, and even the Intelligence Ministry have said that the Islamic Revolutionary Guards Corps (IRGC), who arrested the accused, have not presented any real evidence.

The environmental workers have already been held in prison for more than two years. They have claimed mistreatment by prison officials and the making of false allegations against them.

The charging of the environmentalists was in October 2018 condemned by Erik Solheim, who served as executive director of the United Nations Environment Programme (UNEP) until November 2018. He told the Guardian: “I have transmitted our concerns twice in writing to the Iranian authorities, and have also spoken with the authorities in Tehran. But this latest news gives us even greater cause for alarm.”

Just why the Persian Wildlife Heritage Foundation, founded by the late Seyed-Emami, came under suspicion is unclear. The judiciary claimed that the professor was a CIA-Mossad agent, alleging that his organisation used surveys of endangered Asiatic cheetahs as a pretext for spying in strategically sensitive areas.

A reporter close to the IRGC lately claimed that the environmentalists were planting cameras and collecting soil samples to pinpoint sensitive areas used for Iranian missile tests.

Iran does not recognize dual or multiple nationalities. That means Iranians detained by authorities in Tehran cannot receive consular assistance from the other countries where they also are citizens.

The sentencing of the environmentalists comes with the approach of the March 3 trial of two French academics held in Iran for several months. They are facing what are so far vague national security charges.

Fariba Adelkhah and Roland Marchal, researchers at Sciences Po University in Paris, were detained in Iran in last June and sent to Evin prison.

“We saw the indictment yesterday. The date for the trial was set… for March 3,” defence lawyer Saeed Dehghan told AFP.

Dual Iranian-French national Adelkhah is accused of “propaganda against the system” and “colluding to commit acts against national security”, the lawyer added.

French citizen Marchal’s is accused of “colluding to commit acts against national security”.

Judiciary spokesman Esmaili said on February 18 that the researchers “had already been sentenced”. Dehgan immediately denied this was the case.

“They were tried in the presence of their lawyer, and convicted and are currently undergoing their sentence,” claimed Esmaili, without adding further details.

Meanwhile, following the release of an Iranian national held in Germany at the behest of the US, Iran released a German national on February 18.

The unnamed German citizen, who was serving a three-year prison sentence, was put on a plane to Germany. The person was swapped for alleged IRGC businessman Ahmad Khalil.

Khalil was arrested after a request from Washington and was facing proceedings to extradite him to the US, Deutsche Welle reported.

The German was arrested “some time ago”, according to Esmaili, “for taking photos of sensitive places”. “We insisted that first, the Iranian citizen should return home ... then the German citizen was allowed to leave Iran on Monday [February 17],” the official said. “We announced that we were ready to [release] this German national... on condition that they (the Germans) do not extradite our citizen to America.”