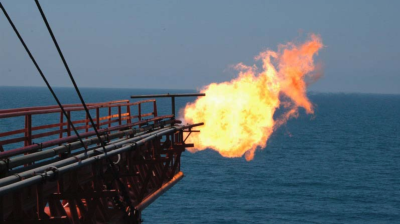 Ukraine’s national gas company Naftogaz faces default on July 26 after it failed to persuade enough of its bondholders to accept a two-year freeze on payments at the eleventh hour and the government refused the company permission to make good on its obligations.

Naftogaz has already missed the deadline to pay off a $335mn Eurobond and has been negotiating with the investors to delay payments during the month-long grace period that expires on July 26.

A coupon payment on another bond that matures in 2024 is also due on the same day.

The company said that too few investors had agreed to the plan, ordered by the government to “preserve cash” to buy badly needed gas supplies for the winter, and without the government’s permission the company cannot make the payment, despite having more than $2bn on its balance sheet.

With the start of the heating season only a few months away Ukraine has only filled its gas storage tanks to 22% of capacity and needs to buy about 5bcm of gas at an estimated cost of $7.8bn. It is not clear where it will find the money, nor where it can source the gas since it ceased buying gas from Russia and all European countries are scrambling to fill their own tanks after Gazprom reduced gas flows to 20% this week.

As bne IntelliNews reported, the company issued a statement on July 25 saying that the company has the money and is keen to maintain its good credit history but after applying to the Cabinet of Ministers for permission to pay the bond off on July 22 it had not received the go-ahead.

Naftogaz said in a statement that with so few bondholders supporting its debt freeze proposal ahead of a July 26 deadline, the "required quorum" needed to pass the plan was "not expected to be met", reported Reuters.

"It seems inevitable now that they will be in default at least for a bit," one of Naftogaz's bondholders, Trium Capital's Peter Kisler, told Reuters. "It is just a question of what the government allows them to do."

Ukraine is running out of money. The EU and US have promised a total of about $16bn in financial budgetary aid, but the Western financial aid has been dogged by bureaucratic delays. The European Investment Bank (EIB) announced that it would lend the government a total of €1.6bn and that the first €1bn was being made immediately available. But with the government burning through $8bn a month and running a $4bn-5bn deficit each month the EIB loan is simply papering over the cracks.

Naftogaz first asked investors to delay its payment obligations for two years on July 12, but was met with a lukewarm response. The government followed up with its own request for a two-year deferral on its roughly $20bn worth of international bonds, which was approved by the Paris Club of sovereign creditors, who called on private investors to also freeze payments for up to two years.

The government has in the meantime ordered all the state-owned companies with bonds to lobby their investors for a two-year payment hiatus. If Naftogaz fails to make the payment on July 26 it will be the first of several state-owned companies that will formally default on their obligations.

Lawyers advising the bond investors said that they recommended bondholders reject the deal as Naftogaz remains a profitable concern and has the cash on its balance sheet to meet its obligations.

If Naftogaz fails to pay then investors could launch legal suits and seize Naftogaz assets in lieu of payment. One source familiar with the matter told Reuters that one such target could be some of the overseas assets it has in countries like Egypt and Switzerland.

Lukashenko draws himself deeper into Putin’s war
NEMETHY: Is the world heading towards a “polycrisis”?
Russia strikes Kyiv Oblast with "Kamikaze" drones from Iran