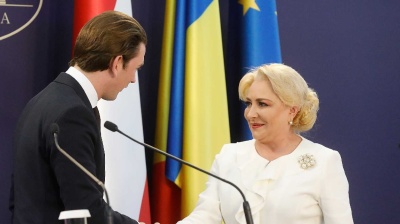 Romania took over the presidency of the Council of the European Union at the beginning of January 2019, at a time when the anti-European discourse from the ruling Social Democratic Party (PSD) has intensified, and Bucharest is increasingly at odds with the European Commission (EC) over the controversial overhaul of criminal and justice legislation.

This is Romania’s first EU Council presidency since it joined the union back in 2007, and the country is taking over the presidency at a critical point; the exit of the UK from the EU under at present entirely unclear circumstances is expected during the first half of 2019.

But while Bucharest was once a staunch enthusiast for deeper EU integration, the erosion of the fight against corruption within the country has caused its relations with Brussels to deteriorate. Once praised for its progress in combatting high-level corruption, this started to be reversed at the beginning of 2017, when the PSD returned to power and focused its attention on weakening anti-corruption legislation and institutions, in what was seen as a transparent attempt to protect top government officials from prosecution and potential prison sentences. This comes on top of the internal turmoil within Romania as the presidency and government battle for political supremacy.

The EC has often criticised the ruling coalition made up of the PSD and the Alliance of Liberals and Democrats (Alde) for the changes it has made to the country’s justice and criminal legislation. Since joining the EU, Romania and neighbouring Bulgaria have been subject to the Co-operation and Verification Mechanism (CVM) monitoring regime concerning corruption and (for Bulgaria) organised crime. In the latest CVM report, the EC urged Romania to suspend implementation of the country’s controversial new justice laws. The same day the report was released, the European Parliament expressed “deep concerns” at the redrafted legislation relating to the judicial and criminal legislation in a resolution adopted by MEPs on the rule of law in Romania.

However, this has not stopped the Social Democrats, who stepped up their efforts in changing legislation and intensified their nationalist and anti-EU speech. Social Democrat leaders have repeatedly lashed out at EU institutions, accusing them of being misinformed about the state of things in the country.

MP and former justice minister Florin Iordache told Hotnews.ro in November that Romania is considering challenging the European Commission’s latest CVM report at the European Court of Justice, while Romania’s prime minister, former MEP Viorica Dancila, said during a speech in the European Parliament in October that “the mechanism has failed its scope,” claiming that in Romania the rights of some citizens have been breached by poor legislation.

This echoed comments made by Senate speaker and Alde leader Calin Popescu Tariceanu back in January 2017, when he said he would propose to the government to transmit to the European Commission that Romania no longer wants cooperation within the CVM, stirileprotv.ro reported at the time. According to Tariceanu, Romania was discriminated against, and the recommendations in the report were “nonsense”.

On the other hand, despite the increasingly anti-EU rhetoric of some of Romania’s top politicians, Romanians are still happy to follow the European path. According to a poll conducted by ISSPOL, 91% of Romanians want the country to continue to be part of the EU. A rally is expected in Bucharest on January 10 when the country will officially take over the presidency of the EU in the presence of the EC, EU Council and European Parliament leadership.

The whole process of changing the justice legislation has been widely seen as serving one purpose: weakening the legislation so that PSD leader Liviu Dragnea, as well as other leading politicians, would evade justice. Dragnea has already received a two-year suspended sentence for voter manipulation and was sentenced by a first court to three and a half years imprisonment for instigation to abuse of power in 2018. Should he lose his ongoing appeal, he would have to serve the prison sentence.

In a separate case, in 2017 the Romanian National Anticorruption Directorate (DNA) started an investigation into Dragnea on suspicion of organising a criminal group, forgery and abuse of office. The case is based on a notification sent by the European Anti-fraud Office (OLAF) in 2016, regarding suspicions of several crimes, including illegally obtaining EU funds for road rehabilitation works, based on forged documents. According to digi24.ro, Dragnea is now suing the EC at the European Court of Justice, seeking to cancel the OLAF report.

Dragnea is Romania’s most powerful politician and the man behind Prime Minister Dancila, as he could not hold the post himself due to his earlier suspended sentence. As criticisms from the EU and Romania’s international partners increased, Dragnea intensified his discourse against the EU as well as international companies with branches in Romania, much to the consternation of investors.

“With the complicity of some Romanian MEPs, Romania has been turned into the scapegoat of the fight for power between the European political parties,” Dragnea furiously said in November last year, according to g4media.ro.

“Romania does not accept the position of a second-hand country in the EU. I understand that our main right is to make available the resources of our country,” he added. “For much too long, Romania has been fooled and controlled with the help of the CVM. At the beginning, there were four objectives, but the number increased,” Dragnea said.

Apart from the anti-European discourse of some politicians, Romania is taking over the presidency of the EU on the background of increased tensions between the ruling coalition and the president.

President Klaus Iohannis warned in late 2018 that the government is not prepared to take over the EU presidency. The Romanian government has often been criticised by the president and the opposition for being one of the country’s least competent, with ministers being appointed according to their relationship with the PSD leader rather than their expertise in the field.

And as Romania prepares for the ceremony to formally hand over the rotating EU Council presidency at the Atheneum in Bucharest on January 10, the government is still incomplete, another casualty of the war between Iohannis and the government.

For weeks, Iohannis has rejected the nominations of former labour minister Lia Olguta Vasilescu and Mircea Draghici to take over the development and transport ministries respectively as part of a reshuffle initiated by Dancila in November that was widely seen as being intended to strengthen Dragnea’s position within the PSD. Vasilescu had been previously appointed to take over the transport ministry, a nomination also rejected by the president. As the date approaches, Iohannis finally endorsed the nominations submitted by Dancila for two new interim ministers who will fill the vacant positions at the transport and development ministries.

And as relations between government and presidency deteriorate further, Tariceanu said that currently there are discussions within the ruling coalition about a possible impeachment of the president, which would only add to the political turmoil at a point when Romania is in the international spotlight.