Moldova revises budget in response to energy and humanitarian crises 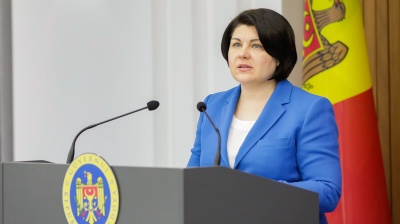 The budget revision was prompted by the energy and humanitarian crisis in the country, Prime Minister Natalia Gavrilita said. / gov.md
By Iulian Ernst in Bucharest April 19, 2022

The revision of the budget was prompted by the energy and humanitarian crisis in the country, Prime Minister Natalia Gavrilita explained.

“Extraordinary times call for extraordinary solutions. The government decided to increase public spending in order to maintain economic stability and save jobs. In crisis situations, the government should help citizens pay bills, support businesses and farmers affected by the consequences of the war,” Gavrilita said at the end of a cabinet meeting.

The new budget is based on the revised economic scenario that includes 0.3% GDP growth and 21% average inflation in 2022.

As a result of the amendments, the total revenues of the national budget this year should increase to MDL84bn (29.3% of GDP) while the expenditures would reach MDL103.8bn (36.2%).

The new project provides for an increase of MDL2.45bn in spending on social protection. The money will be used to index and increase pensions and social benefits. An additional MDL65mn was allocated to finance a personal assistance service for people with disabilities, and MDL111.8mn will be allocated for feeding children in educational institutions.

In addition, the amendments provide for an increase in deductions for payment for heating in budgetary and medical institutions. For this, the authorities allocated almost MDL1bn. Another MDL700mn will go to programmes to support business and agriculture. Of this amount, MDL250mn will replenish the National Fund for the Development of Agriculture and Rural Areas. Another MDL200mn will go to the Energy Efficiency Fund and the Fund for the Development of Small and Medium Enterprises.

Earlier this month international donors pledged €695mn to help the small ex-Soviet country as it deals with an influx of refugees from neighbouring Ukraine, and this was followed by a series of additional announcements of funding for Moldova.